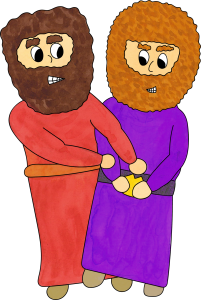 After Solomon disobeyed God, the kingdom was split. Jeroboam was the king of the Northern Kingdom. The people in Jeroboam’s kingdom married people who did not worship God. They became part of the Gentiles who were not the people of God, because God had not made a covenant with them yet. Rehoboam was the king of the Southern Kingdom. All the people in Rehoboam’s kingdom became known as the Jews because they were from the tribe of Judah. Jesus was Jewish meaning that He was from the southern kingdom and the tribe of Judah. When Jesus came He preached to the Jews and the Gentiles bringing both of the kingdoms back together. 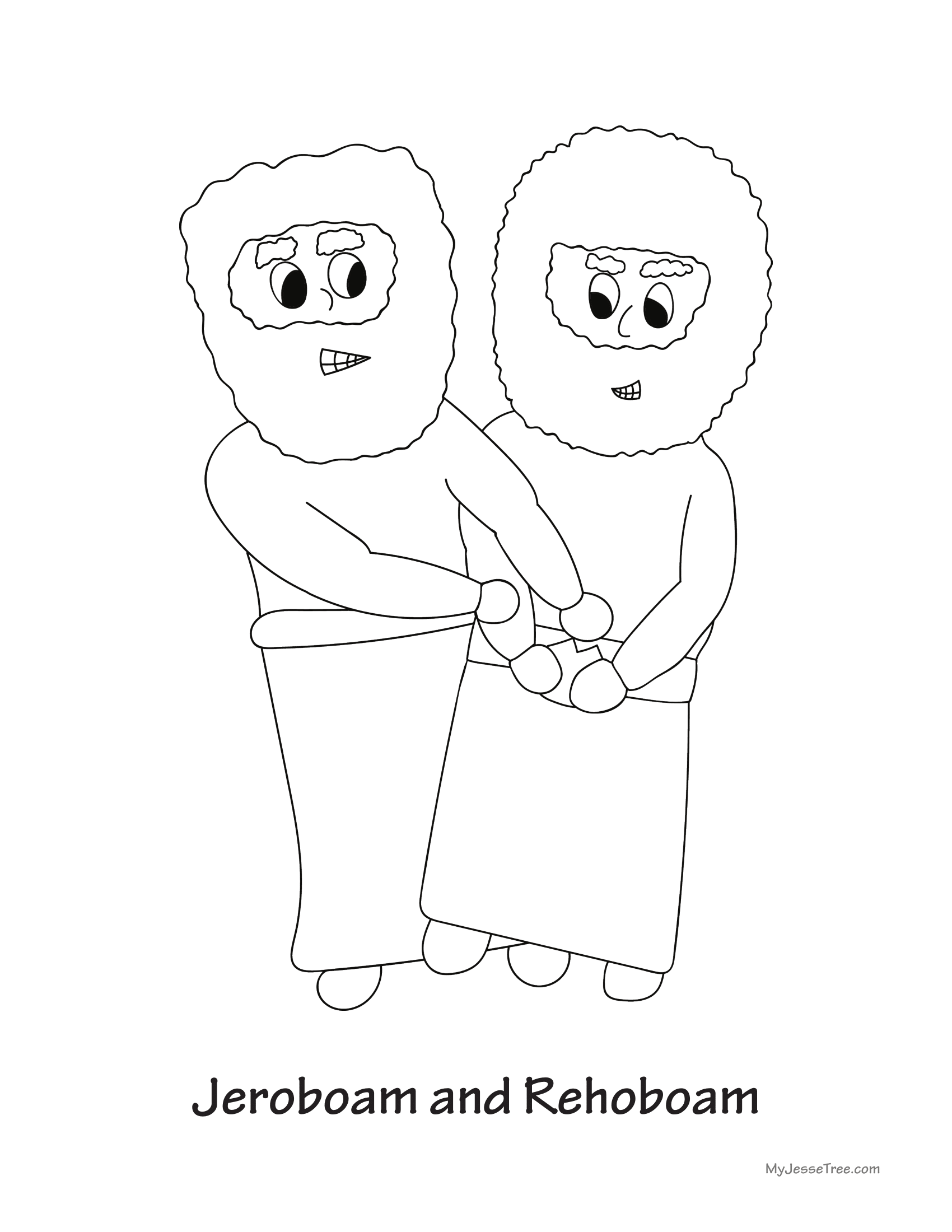 ➜ Back to All Stories and Coloring Sheets